I know that we all wish we could eat our way to a leaner body.

Life would be so much easier if nachos, BLTs, and chocolate chip cookies were healthy and slimming. Unfortunately, as much as I might dream about the perfect, zero-calorie, fat-burning sandwich, it doesn’t exist.

There’s a lot of talk around the internet about “metabolism boosting foods,” but most of these are just myths backed up by wives tales without any real research to show for it. And without the studies to show results, they’re pretty much the same thing as my dream sandwich: a bunch of crap.

The good news is there are foods that researchers have found actually have an effect on your weight and metabolism. So today I’m cutting through the phonies and only showing you the foods with scientific ground to stand on.

Including these metabolism boosting foods in your diet will help you accelerate your results and get leaner, faster.

If you’re not a fan of spicy food or can’t handle the heat, you might want to think about giving it a another try. That is if you’re willing to push through the pain to see improved fat-loss results. There are a lot of funny myths about spicy food. For example, some people believe it can induce labor in pregnant women. There’s even a myth that the more spice a man can tolerate the more testosterone he has… right.

And while there’s a lot of crap out there, there’s one fact that might surprise you. Spicy food will literally help you turn up the heat on your fat burn. That’s because spicy food acts as a thermogenic, meaning it heats up your body. That increase in body heat also results in more calories burned.

The key ingredient here is capsaicin. Capsaicin is what makes hot peppers so hot! The more capsaicin in a pepper, the spicier it is. There’s even a scale to measure the capsaicin concentration in a pepper called scoville heat units (SHU).

The more scoville units a pepper has, the more capsaicin is in the pepper. To put this in perspective, your average jalepeño has about 3,500 – 10,000 SHU. Compare that to the hottest pepper known to man, the Carolina reaper, which has 855,000 – 2,200,000 SHU! While pure capsaicin ranks in with a whopping 16 million SHU.

One 12-week study found a decrease in fat mass when capsaicin was used. The study describes the results as modest, but hey we’ll take what we can get. The only thing left to say is pass the salsa and bring on the hot sauce!

Celery is one of those stereotypical diet foods that come to mind when you think about weight loss or healthy eating. It’s cheap, fresh, and crunchy which makes it a great snack for when you’re feeling snacky and want a potato-chip alternative. But the benefits of celery go beyond the fact that it’s a low-calorie diet food.

This practically-flavorless veggie only has about 10 calories for one large stalk. Which isn’t surprising because celery is mostly water. It’s actually 95 percent water, if you want to get specific. That’s why you could eat a pound of celery and not even gain a pound. It’s more like you’re eating your water.

Staying hydrated is important for your metabolism. One study found that dehydration even impacts your insulin sensitivity. Which means that instead of carbs being used as energy, there’s a chance your carbs are being stored as fat instead!

So aside from being ultra-hydrating, celery has another thing going for it which makes it your fat burning friend: Fiber! It’s important to know that your body has to work and put energy (i.e. calories) into digesting your food. This effect is called dietary induced thermogenesis, or DIT. And certain foods take more calories to digest than others. Research has shown that fiber is one of those foods that your body really has to work to digest.

Even though celery does cause an increase in calorie burn, it’s not what we call a “calorie negative” food. Calorie negative foods are foods that take more energy to digest than they actually provide. Your body burns about 2 calories for every 10 calories of celery you eat.

So it’s not negative, but it’s pretty dang close to zero. And when you take into account the increased calorie burn and the metabolism-boosting hydration, celery is a great choice when you’re trying to get lean. 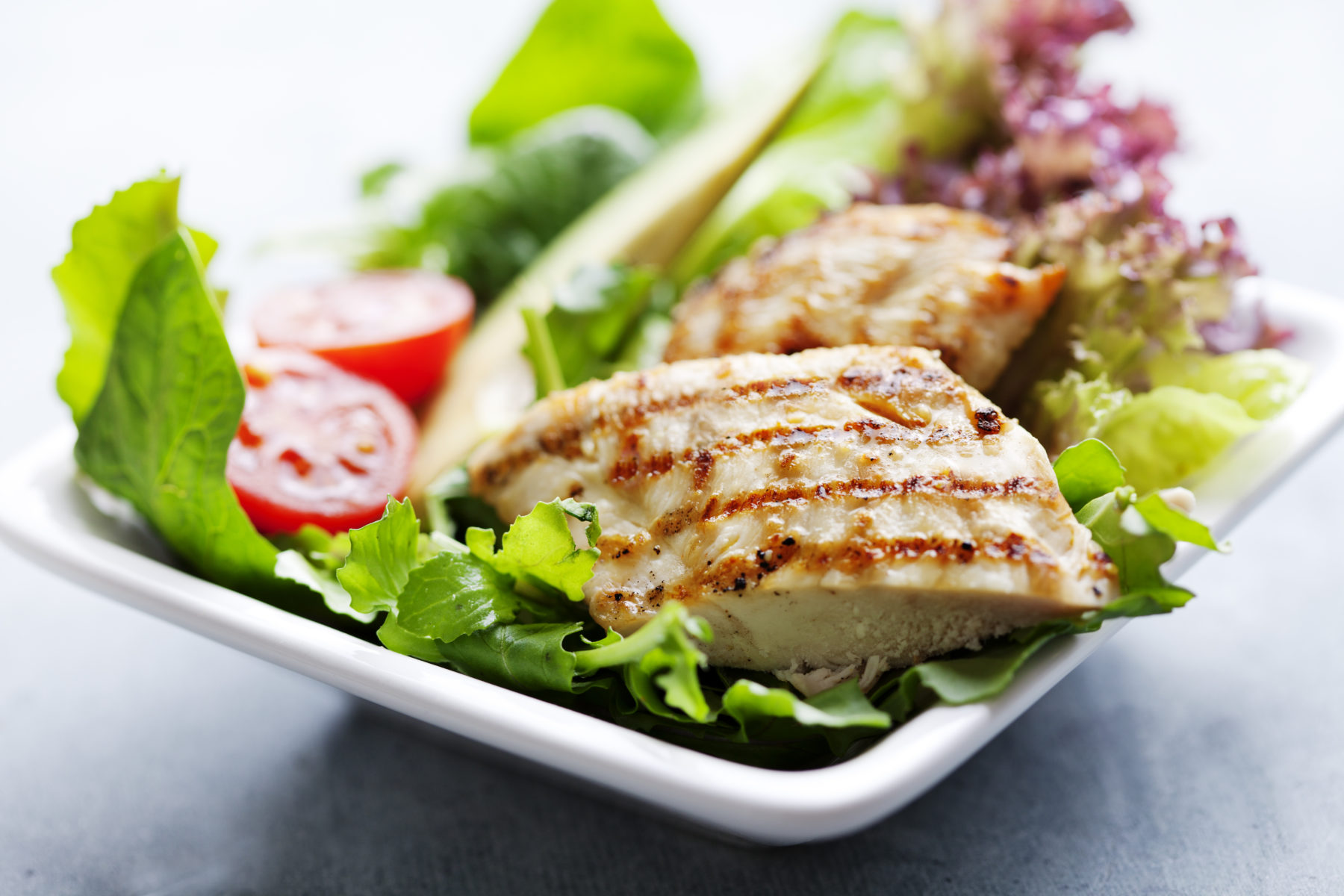 Chicken might be one of my favorite foods of all time. Period. It’s versatile, easy to prepare, quick, cheap, tasty (when you make it right), low-fat, and high-protein. I always have boneless, skinless chicken breasts in my fridge or freezer.

I’ve gone into a lot of detail about the many benefits of protein. But let’s do a quick review:

So if all protein boosts metabolism why just list chicken? Well unlike a fat, juicy burger, chicken is both high-protein and low-fat allowing you to take full advantage of the metabolism boosting effect.

One study found that a high-protein (ahem, chicken) diet will help you cut calories. The study also reported that, “Some evidence suggests that diets higher in protein result in an increased weight loss and fat loss as compared to diets lower in protein.”

When it comes to foods that are good for your health and good for your metabolism, green tea is practically king. No list is complete without mentioning this powerhouse. There’s a reason that just about every fat loss supplement in the world contains green tea: It works!

Just like spicy foods, green tea is considered a thermogenic. It increases calorie burn and helps you burn more fat in the end. And scientists are looking to green tea to help people battle obesity and maintain a healthy weight.

Many studies (like this one, and this one) show that it’s not just a laboratory phenomenon seen in rats, but the effects also apply to humans. And when you combine green tea with proper diet and nutrition you can reach your fitness goals even faster!

So what’s the catch? No catch, just catechins. Catechins are powerful antioxidants in green tea. These catechins have been found to improve many areas of your health including hair, skin, and nail health, plus, they could help fight or prevent cancer.

But there’s one catechin in specific that’s getting all the credit, epigallocatechin gallate, a.k.a. EGCG. Scientists have pinpointed EGCG as the element in green tea that does the heavy lifting.

That’s why we use EGCG in many of our supplements to help you boost your fat burn and get that extra edge in achieving your goals. So there’s no need to brew an extra pot of tea, but it certainly wouldn’t hurt. Just remember to leave out the sugar, you don’t want to drink your calories after all.

Metabolism Boosting Foods: The Wrap Up

While none of these foods will make you burn hundreds of extra calories a day, every little bit counts. And those extra calories here and there add up.

As you can see from the research, boosting your metabolism is all about eating foods that increase thermogenesis. Whether that’s literally feeling the burn with spicy foods or forcing your body to do more work by digesting protein. These small methods are great ways to kickstart your metabolism.

Coconut Water – The Inside Scoop!