How many times have you heard these claims? Most likely you have heard them all multiple times. And then the famous line, “Men are from Mars and women are from Venus…” I have simply heard that more times then I could count.

But what is the truthfulness to all of this? Are women and men really that different? Do women see themselves differently than men? And if so, why?

The claim that men are the better drivers, I find to be way untrue. Maybe I am biased, but I find myself to be a pretty good driver (minus the few speeding tickets I received back in the day… sorry mom, sorry dad). But let’s just say I am pretty confident on the road.

And as far as wearing my heart on my sleeve… no way. I tucked that baby away. Actually a girl in high school told me that I didn’t have emotions… because I never cried. Sorry that I never cried in the middle of class. K, maybe I am still a little bitter about that one. And yeah, maybe I cry a little more often now than I did in high school, but still, I have never been an overly emotional person. So making a claim like, “Women are more emotional” I just don’t buy. Maybe that is the norm, but that simply isn’t always the case. Because not all women are exactly the same, and neither are all men.

But let’s not just take my word for it. Let’s dive in and find out if there is truthfulness to any of this. First stop: looking at male and female brains.

Are Men’s and Women’s Brains Different?

Ah, the brain. The brain controls almost everything we do. It is the control center for all of our body’s functions, it controls our emotions, how we think, our cognitive activities and so on. So yeah, pretty much our brains are amazing. But are men and women’s brains really different?

Turns out, they really aren’t as different as we might have thought. We used to think that there was a male and a female brain, but more and more research has disproved that theory. A new study suggests instead that human brains don’t fit in “male” and “female” categories.

Our brains usually contain a mosaic of male and female structures. In the Proceedings of the National Academy of Sciences, depending on whether they looked at grey matter, white matter or the diffusion tensor imaging data, they found that between 23-53% of brains contained a mix of regions on the male and female ends of the spectrum. While only between 0-8% of the studies contained all male or all female structures.

Conclusion: Some brain features may be more common in one sex than the other, but most people have a unique mixture of both.

If it’s not necessarily our physical brain, why do we say that men and women think and behave differently? 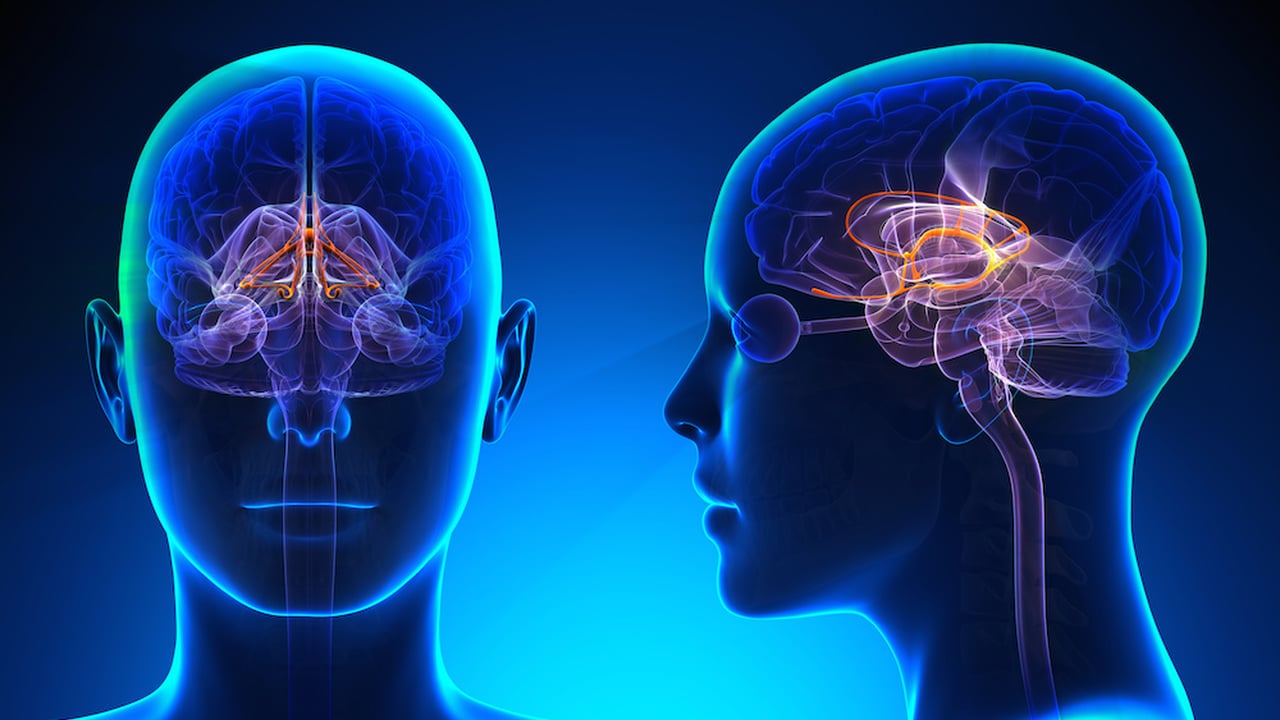 So maybe it’s not the physical brain that is different, but more how our brains work. Ragini Verma, PhD, associate professor at the University of Pennsylvania in Philadelphia and her team had 900 healthy young adults and children take various tests to test their mental skills, and found differences in “brain road maps” between males and females.

But it is also important to note here, that just because this is a pattern that scientists have been noticing, those insights don’t apply to everyone. There could also be other factors that account for these differences.

How you were raised, and the culture that you were raised in can also play a part in how we act. Your family and culture can affect your values, your personality, your beliefs, your birth order and how you see yourself.

Life experiences can also fall into this category. There are often many experiences that happen to you in your life that help to shape who you are. Whether good or bad. You may get broken up with, and because of that may feel more self-conscious. You may doubt your worth, your appearance. Maybe you fail a test, and question your intelligence. You may get picked last on the softball team, you maybe weren’t invited to a party and feel left out. There are so many things that will happen to you and a lot of those things will affect how you feel about yourself and influence your behavior.

3. How Boys and Girls are Treated

Michelle Obama is a big advocate for women’s rights. At the World Innovation Summit for Education on Let Girls Learn she said this about her childhood years, “I was bright and curious, and I had plenty of opinions of my own, but people were often more interested in hearing what my brother had to say. I got the message that I shouldn’t take up too much space in this world,” she said. “That I should speak softly and rarely.”

Research shows that parents treat their daughters differently than their sons. Parents usually help their daughters more than their sons. This can lead a girl to feel helpless and less confident in herself and her abilities. Parents also tend to tell girls how to eat and drink, what clothes to wear, and don’t often let her make her own decisions. Whereas parents generally give their sons more freedom to act out, and act independently.

How Women View Themselves Vs. Men 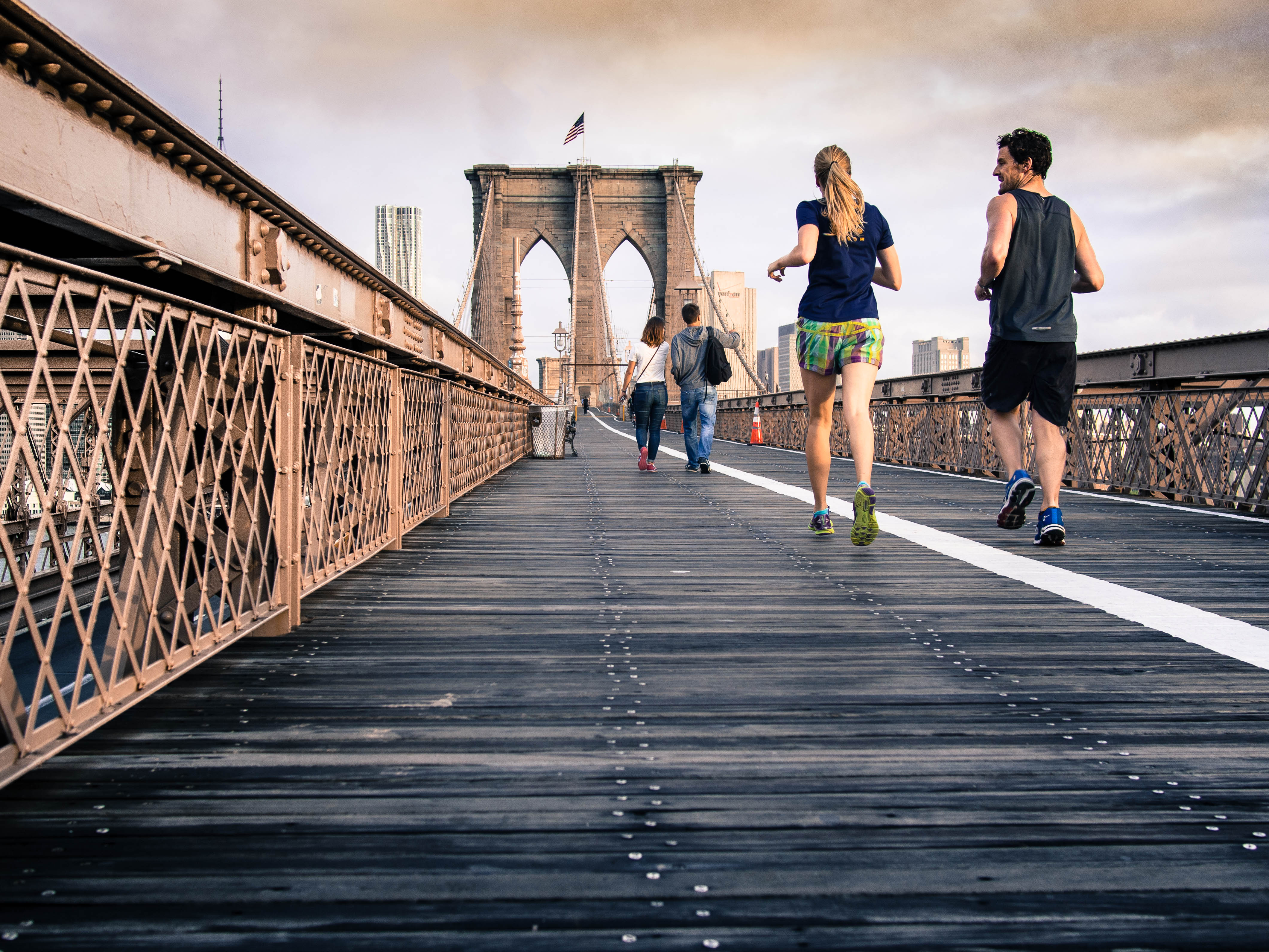 In general, men check themselves out more than woman do. A survey of 1000 people found that on average men look at themselves in the mirror 23 times a day and on average women look at themselves 16 times a day. This study also found that while women are generally checking to see if anything is out of place, men tend to “check themselves out” more. And many can be found checking out their arms, legs, hair, smile, and eyes. And women? We are generally worrying about that one grey hair, the wrinkles that are appearing, or our love handles.

Dove conducted a study with more than 3000 women in 10 countries, to learn more about them. They found that only two percent of the woman interviewed considered themselves beautiful. So then they began to focus on campaigns to empower women.

We can be our own worst critic and can be so quick to judge ourselves and look for our imperfections. We nit-pick and focus on our flaws. Instead of focusing on the things that we like about ourselves we point out what we don’t.

Conclusion: As a whole women tend to be more self-conscious about their bodies and their abilities compared to men.

How Men’s and Women’s Bodies are Different

Let’s look at those differences now.

Women are able to store fat more efficiently than men. On average women have six to eleven percent more body fat than men. The hormone that is responsible for this? Oestrogen. Yes, we can thank our female sex hormone for the ability we have to store fat more efficiently. Oestrogen reduces a woman’s ability to burn fat after eating, which causes more fat to be stored.

Also, typically men’s body fat is distributed viscerally, which has a higher risk of associated diseases but it easier to reduce. Whereas women are more likely to develop subcutaneous fat, which is harder to lose.

Gender Differences in the Metabolic Response to Exercise

During endurance exercise females oxidize more lipids and amino acids and less carbs than men. And this could be due to a higher estrogen concentration in females. It is also shown that females show a smaller increase in lean body mass as men, and do not show reductions in protein breakdown in response to CRM loading, whereas males do.

Both women and men should consume whole grains, protein and fruits and vegetables. We should avoid trans fat, added sugar, sodium and processed foods. But there are some nutritional differences in males and females.

Women have higher vitamin and mineral needs, and most of the time need fewer calories than men showing that nutritional needs are different for males and females.

Because of the hormonal changes that are associated with childbearing and menstruation women have higher vitamin and mineral needs. Adequate intake of calcium, iron and folic acid are very important for women’s nutritional needs.

Men are generally larger than women, and have increased caloric needs. Men also burn about 400 more calories a day than a women, so their daily caloric intake a day is generally going to be higher than a women’s.

Why we create products for women

Men’s and women’s brains aren’t necessarily different, but because of experiences, how we were raised, our cultures, and our brain connections, women tend to think differently than men. But it is equally important to note that just because that is the “norm” it isn’t the rule.

But what do you think? Do you think that men and women are really that different? Take the poll and comment below to let us know!

Because men’s and women’s bodies really are different we should treat them as such. Women are prone to storing more fat than men so it is important to have products that are formulated to work with women and their needs.

That is why IdealLean products are formulated for women, with women’s nutritional goals in mind. Our brains might be made the same but our bodies are not. In order to get the lean, toned bod that you (as a woman) want, you need products made for you!

Take Your Fitness to the Gym: Step Up Your Game and Change Your Body