So, what’s the deal with coconut water?

No doubt you’ve seen a few different varieties hanging around the shelves in grocery stores and convenience stores but if you’ve tasted it, you could be wondering what gives? Contrary to what you might think, coconut water does not taste anything like a poolside piña colada and isn’t what you would describe as refreshing.

In fact, the opposite couldn’t be truer. If you’ve tasted it, you know that it’s not exactly bursting with flavor and could even be accused of tasting like a bland and semi-sweet version of diluted salt water. So what’s all the fuss?

No piña colada? No thanks!

But wait, it’s been called everything from “nature’s Gatorade” to the best hangover cure around so let’s push the flavor aside and get to the bottom of the coconut water complex.

Nature’s Gatorade, hangover cure, the answer to all your hydration needs and most definitely not the tropical drink of your tastebud dreams?

Here’s everything you need to know about coconut water and much, much more: 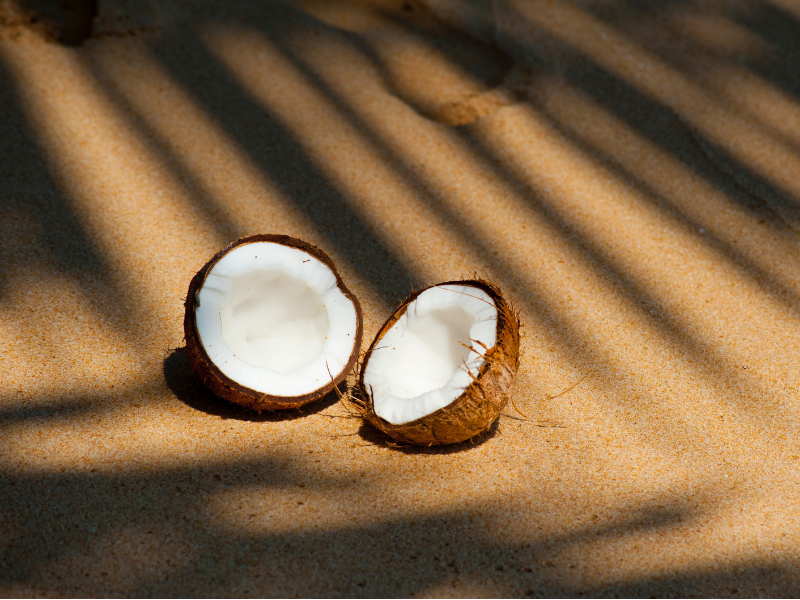 The benefits of coconut products are hugely diverse.

Aside from the shredded coconut you bake with and eat, you might have used coconut oil when cooking, sunbathing (if you’re feeling reckless), or maybe even as a natural skin care product too.

The moisturizing and hydrating properties of coconut oil are unmatched, and it makes a killer makeup removal tool too.

It’s a popular addition to lotions, lip care products, and many other products as well. The lowly coconut is an incredibly diverse source of items you probably use every single day.

Coconut water is actually exactly what it sounds like, the water harvested from the center of a slightly immature, green coconut. Except technically, coconut water is a juice and shouldn’t be confused with coconut milk.

Instead, coconut milk is an emulsion of coconut water and the inside, white flesh of a more mature coconut. Various types of coconut palms grow all over the tropics and each of them can produce several hundred green coconuts each season.

Each of these young, green coconuts can contain anywhere from 200-1000 ml of water depending on type and size. 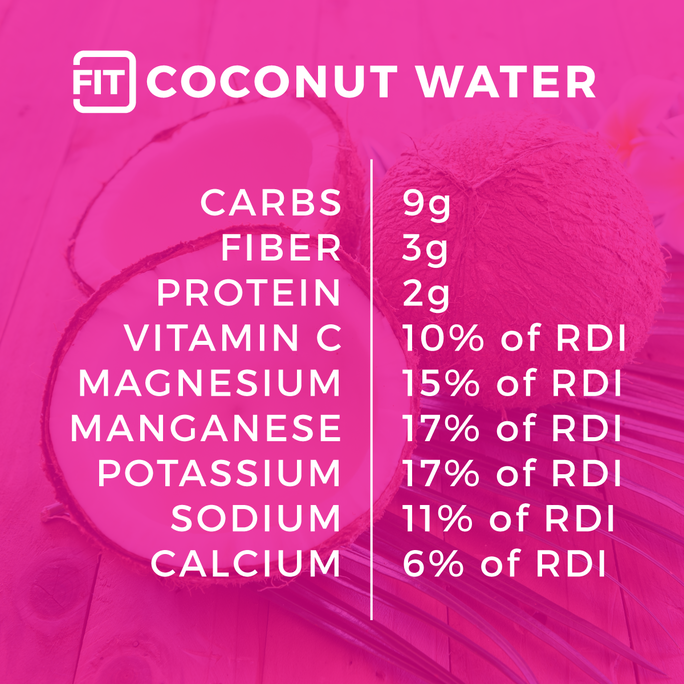 Electrolytes And Much More

Coconut water is packed with natural electrolytes, stuff like simple sugars and minerals all primed to replenish and hydrate your body, which is why it’s often referred to as nature’s Gatorade.

Electrolytes are minerals that maintain proper fluid balance and are in charge of muscle contraction, energy generation, and every other major biochemical reaction in the body. So yeah, you could say replenishing your electrolyte supplies is important, especially post- workout.

Potassium has also been shown to lower blood pressure and plays an important role in heart function, along with other digestive and muscle functions. The magnesium in coconut water can help with nerve function which is important for athletes and fitness enthusiasts.

This essentially allows muscle fibers to fire harder and with more endurance during high-intensity workouts or activities.

The electrolyte content in coconut water is nearly double than that of traditional sports drinks, but with actually only about half the carbohydrates, which, we all know are a vital part of the recovery process.

So if you’re using coconut water as a sports recovery beverage, you’ll need to compensate with additional carbohydrates to prevent the body from diving into muscle stores for sustenance instead.

Because it’s an entirely natural source of minerals and electrolytes (be sure to check the label to make sure no additives were included in the coconut water) makes it appealing for the simple fact that the body processes natural nutrient sources much more readily than those that are overly processed and artificial. 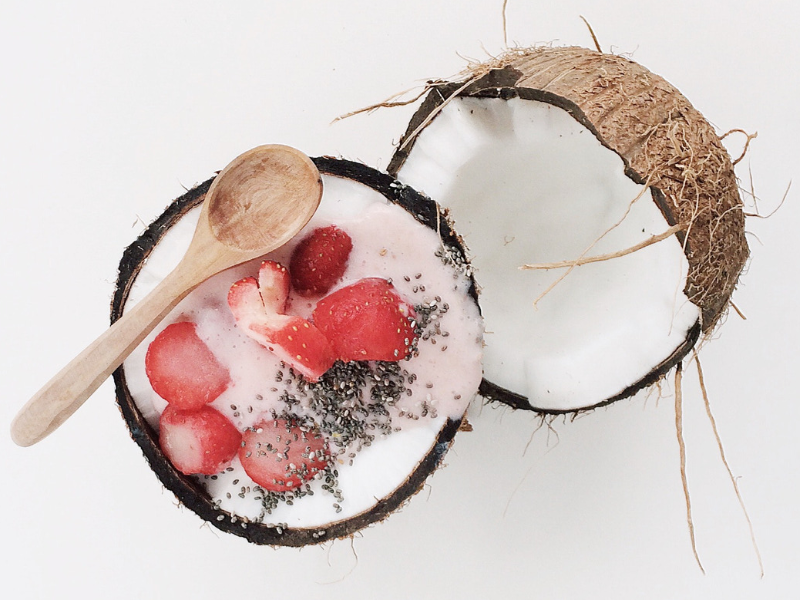 Coconut water has antioxidants that can fight off free radicals, which are unstable molecules produced in cells during metabolism.

This production typically increases during times of stress or injury which is known as “oxidative stress” with the potential to damage cells and put you at risk for disease.

In certain studies, coconut water has been shown to effectively modify these damaging free radicals to keep them from causing further harm. This is where the hangover cure claim comes into play.

Drinking alcohol causes the body to experience the aforementioned oxidative stress. Oxidative stress can be repaired and replenished by the antioxidants contained in coconut water.

Coconut water is also full of electrolytes, potassium specifically, that can help your body rehydrate and work in tandem with the antioxidants to help combat the adverse effects of a screaming hangover.

Maybe not entirely, but it can help reduce the effects and it is all-natural, which makes it a better solution than probably any other concoction you could possibly dream up and definitely worth a try.

We’re Not Done Yet

Aside from the super hydrating benefits of electrolytes contained in coconut water and the antioxidant effects, there are still even more good things in there worth mentioning about coconut water.

In the supplement world, coconut water has become a fairly popular ingredient in many different formulas, thanks to this process.

Powdered coconut water is included in all IdealLean BCAA’s as an important part of the recovery and repair process and to help you stay as lean and hydrated as possible while giving your body access to all the nutritional benefits of coconut water itself.

Consider it a little bonus with all of the other good stuff included to keep your body running in top form.

Not A Miracle Cure, But Definitely Worth The Buzz 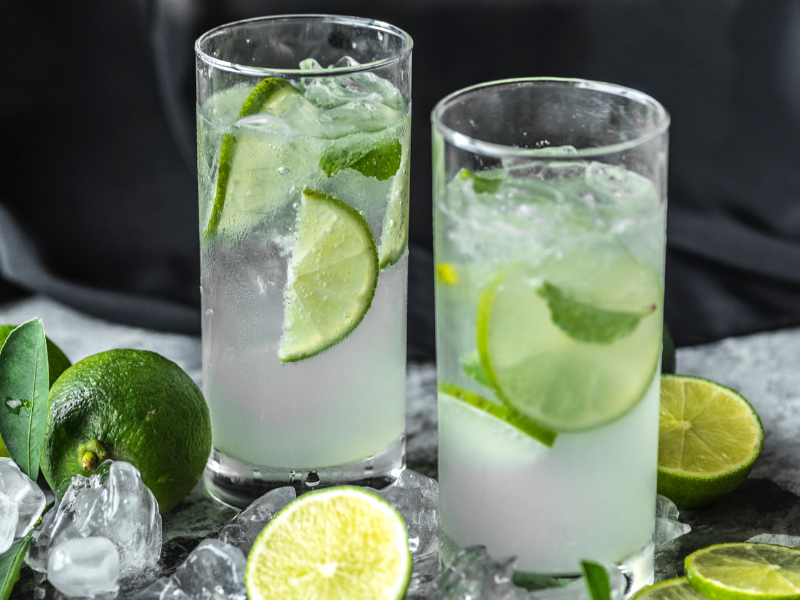 Coconut water is not a miracle cure for anything, however, it does have some pretty influential health and nutrition benefits that can’t be ignored.

So while there’s no substitution for eating the right things and living a healthy lifestyle, there are things out there, like coconut water, for example, that can make even the best practices a little bit better.

No, you don’t have to be a hardcore athlete or a clean diet guru to hydrate like one with the help of coconut water, but you can definitely benefit from the different electrolytes, antioxidants and any other health-boosting nutrient contained in the juice of a young, green coconut. Seems simple, but the best things always are.

If you’re tired of waking up tired and sore, revive your results with this dynamic duo!

Together IdealLean Nighttime Probiotic and BCAAs combine to maximize each stage of your daily recovery routine.