Writer and expert / Posted on

Caffeine, it’s in your teas, coffee, energy drinks, sodas, and even in dark chocolate -although in rather small amounts. While everyone may know that caffeine can definitely work wonders for improving energy levels, after all, getting your morning “caffeine fix,” is an actual pop culture term, what many people may not realize is that caffeine and weight loss go hand in hand.

How does caffeine actually go about improving your weight loss efforts, what is an effective dose of caffeine, and does that mean any caffeine source is an optimal option for blasting fat?

Let’s take a closer look at how caffeine makes you lose weight.

What Exactly is caffeine?

I think it’s safe to say that we all know caffeine is a stimulant, but as you sip on your preferred caffeinated beverage in an effort to help yourself wake up a bit more, whether you’re sipping on coffee at work, or throwing down an energy drink can at night for some late night studying, have you ever stopped to wonder, “What exactly is caffeine, and where does it come from?”

Also referred to as 1,3,7-trimethylxanthine and methyltheobromine, caffeine is a central nervous system stimulant that occurs naturally in certain plants, the most popular caffeine sources being tea leaves, mate leaves, and coffee beans.

Caffeine can also be synthesized in a laboratory.

Research supporting caffeine’s advantages when it comes to boosting weight loss is well-documented.

So how exactly does caffeine help you lose weight? Supplementing with caffeine can do the following:

Let’s take a look at what these $5 scientific words mean, so you can see how this all translates to slimming down.

Have you ever heard that naturally thin people have a “faster metabolism?” Your metabolism actually has a lot to do with your ability to lose weight, maintain weight, and even gain weight.

Having a fast metabolism and boosting your metabolism can actually make it easier for you to lose weight. Why is that?

No. While a metabolism is only one part of the complete weight loss picture, keeping your metabolism revved up will actually go a long way in helping you lose weight and keep it off.

This is one way that caffeine can help boost weight loss efforts. Caffeine supplementation has been shown to spike metabolism. During one study, metabolism increased immediately after caffeine ingestion and stayed elevated for 3 hours.

There are other ways to boost your metabolism, like moving around and even eating spicy foods. Try combining several metabolism-boosting activities consistently and you’ll be quite surprised with the results you’ll notice.

Another benefit of caffeine supplementation is improved thermogenesis. But what is thermogenesis and why should you care?

Thermogenesis is a really sciencey word for the production of heat in the body. In other words, thermogenesis is the term for how your body heats up.

In order for your body to undergo thermogenesis, it must utilize energy by burning calories.

Caffeine is known for its energy-boosting effects, which is why many athletes use caffeine to help them go harder during their training and performance.

Here are some ways that caffeine can help increase athletic performance:

By improving your athletic performance, you can essentially push yourself harder during your training to burn more calories and build lean muscle. The number of calories burned will obviously depend on your choice of exercise and level of intensity.

How Much Caffeine Should You Have?

As you can see, caffeine can definitely boost your weight loss efforts and improve your fitness results, but how much should you take to benefit from its weight loss benefits?

How much is too much, and do you need to cycle off of caffeine?

To unlock caffeine’s fat burning advantages, research shows that 200 mg is the dose. If you’re sensitive to caffeine or rarely consume it, it’s suggested you start with a lower dose of around 100 mg to assess your sensitivity. After assessing your caffeine tolerance, you can increase to 200 mg.

Depending on your caffeine tolerance and how you react to supplementation, you may or may not need to cycle off of it. The rule of thumb is simple. If you notice that the benefits of caffeine aren’t as strong, go ahead and cycle off of it for 2-3 days to give your body some time to readjust. 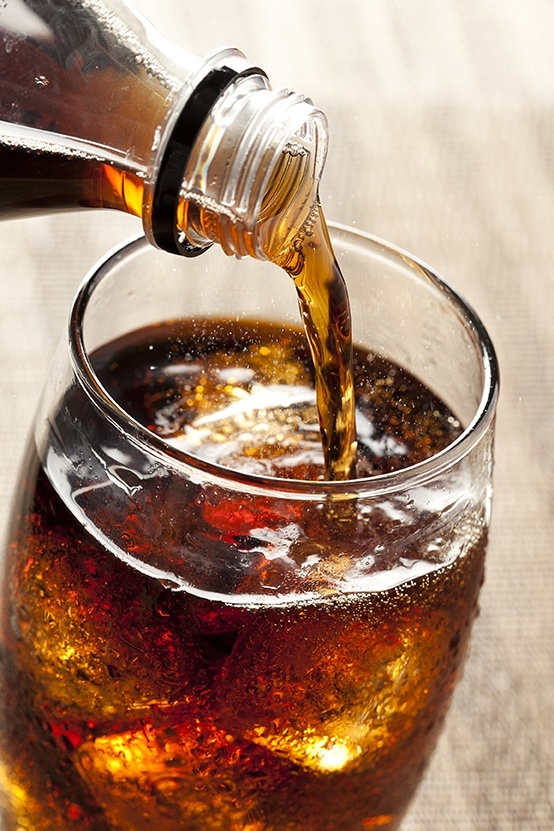 Are you a coffee drinker? How about an energy drink or soda drinker? Regardless of your caffeinated weapon of choice, I have some news for you:

Although caffeine carries quite a punch when it comes to fat burning, even though a drink contains this stimulant, it doesn’t guarantee weight loss, especially since many of these drinks are offset by their high calorie content, high sugar content, and poor nutrition profile.

So before you run to the nearest gas station or coffee shop to stock up on loads of caffeine in hopes of jump-starting your weight loss goals, here’s one question you’ll want to consider:

How many calories are in a serving of your beverage?

An excess of calories most likely offset any benefits of caffeine you may be getting from the drink. Afterall, calories in versus calories out is a huge aspect of losing weight. Unfortunately, sodas, energy drinks, and fancy coffee drinks tend to be very high in calories.

Also, you’ll want to keep an eye on how much caffeine you are actually getting per serving.

Just for some examples, let’s look at the average amount of calories in popular caffeinated beverages:

See what I mean? Drinking too many calories in an effort to get a caffeine boost enough to boost weight loss is dangerously easy.

Does Caffeine Cause side effects?

Because caffeine is a stimulant, it may cause some side effects when taken in extremely high doses and in those who don’t tolerate caffeine well.

For those of you who have had an energy drink late at night or a cup of coffee, you probably noticed it was a little harder to get to sleep. This is because caffeine boosts energy. Make sure not to take caffeine too late as it might make it harder for you to fall asleep.

Just because caffeine can have some great benefits, that doesn’t mean that if a little caffeine is good, more is better! So how much caffeine is too much? Medical professionals indicate that up to 400 mg of caffeine a day appears to be safe for most adults.

Because caffeine is a stimulant, if you are pregnant or nursing, it is recommended you consult with your doctor or medical professional before consuming any amounts.

Let’s Wrap It Up

Caffeine has the potential to help you lose weight, and when used in conjunction with exercise and healthy nutrition habits, you can build a lean physique and take your fitness goals to the next level!

Not only does IdealLean Fat Burner include a natural caffeine source (caffeine anhydrous), it also features a ton of other ingredients to help support your mood and kick the fat burning process up an extra notch with ingredients like PEA, Noopept, CLA, L-Carnitine Tartrate, and many more.

IdealLean Fat Burner contains the right amount of caffeine for sustained energy and a boost in metabolism, plus IdealLean Fat Burn Blend Plus to help you get over fitness plateaus and reach your goals faster. It’s just the boost you need! 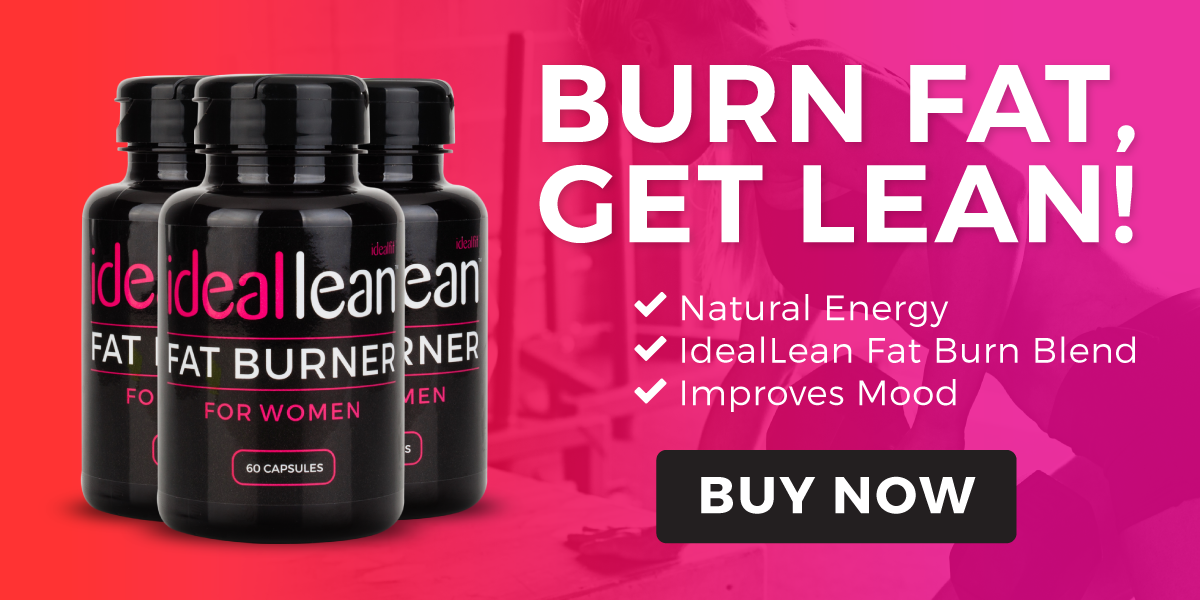 How to Workout with Your Dog

The Funniest Stereotypes About Protein (And Why They Might be True)

Faces of Fit: How Christiana Wojcik Lost 15 Lbs Despite Her Busy Lifestyle