Writer and expert / Posted on

What you’ve been missing: beta-alanine

Beta-alanine: ever heard of it?

There’s a pretty good chance you haven’t. It has a funny name, and it doesn’t seem to have broken into the mainstream workout ingredient world like, say, caffeine or protein.

But what if I told you that this ingredient could take your workouts and results to a different level? Sound too good to be true?

Well, I have some good news: it IS true.

Whether you train for strength, to look good in a swimsuit, or both. Whether you’re an athlete, a trainer, a mom, or someone who just likes to exercise because you like to improve your overall health, beta-alanine can help you work out more intensely and help you achieve better results.

So what makes beta-alanine so special, and why should you be supplementing with it? Put on a pair of science goggles and a lab coat, because we’re going in.

To truly understand the benefits of beta-alanine and how it can help you train harder and get better results, we have to go over some sciencey information. But don’t worry, it’ll be quick.

Keep in mind, though, that just because the body can make this amino acid naturally doesn’t mean it is made in such a quantity that it can offer you full benefits when it comes to exercising and training.

Plenty of research shows that supplementing with beta-alanine can help people work out harder and unlock greater results.

Beta-alanine’s workout-improving benefits come from its ability to convert into carnosine in the body.

Now, you may be wondering, “What is carnosine, and why should I care?”

Carnosine is an amino acid found in skeletal muscle that works to help buffer acid buildup in muscles, which happens as a result of intense training. 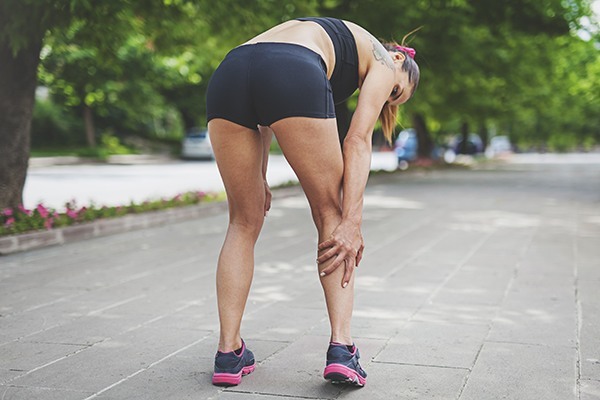 What Role Does Carnosine Play?

You know that burning feeling you get in your legs when you bike, run, or squat? Or the same feeling in your chest and arms when you’re doing burpees? Have you ever wondered why you feel that painful sensation?

When we exercise, hydrogen ions build up throughout our bodies. This causes lactic acid to build up, resulting in the body changing into a more acidic state, and this results in that burning feeling.

This burning sensation can interrupt our workouts, make us pause for a rest, kill our workout intensity, keep us from doing the extra rep, and even make us call it a day at the gym altogether.

Alright, you can take your lab coats off now. That wasn’t that bad, right?

Now let’s see exactly how supplementing with beta-alanine can enhance your training performance and results.

Regardless of whether you exercise at home in your living room, sweat it out at the gym, or train in nature’s own backyard, beta-alanine can offer some amazing benefits.

Supplementing with beta-alanine has been shown to increase muscle carnosine levels: you know, the amino acid that combats lactic acid buildup.

So, what exactly does this mean? 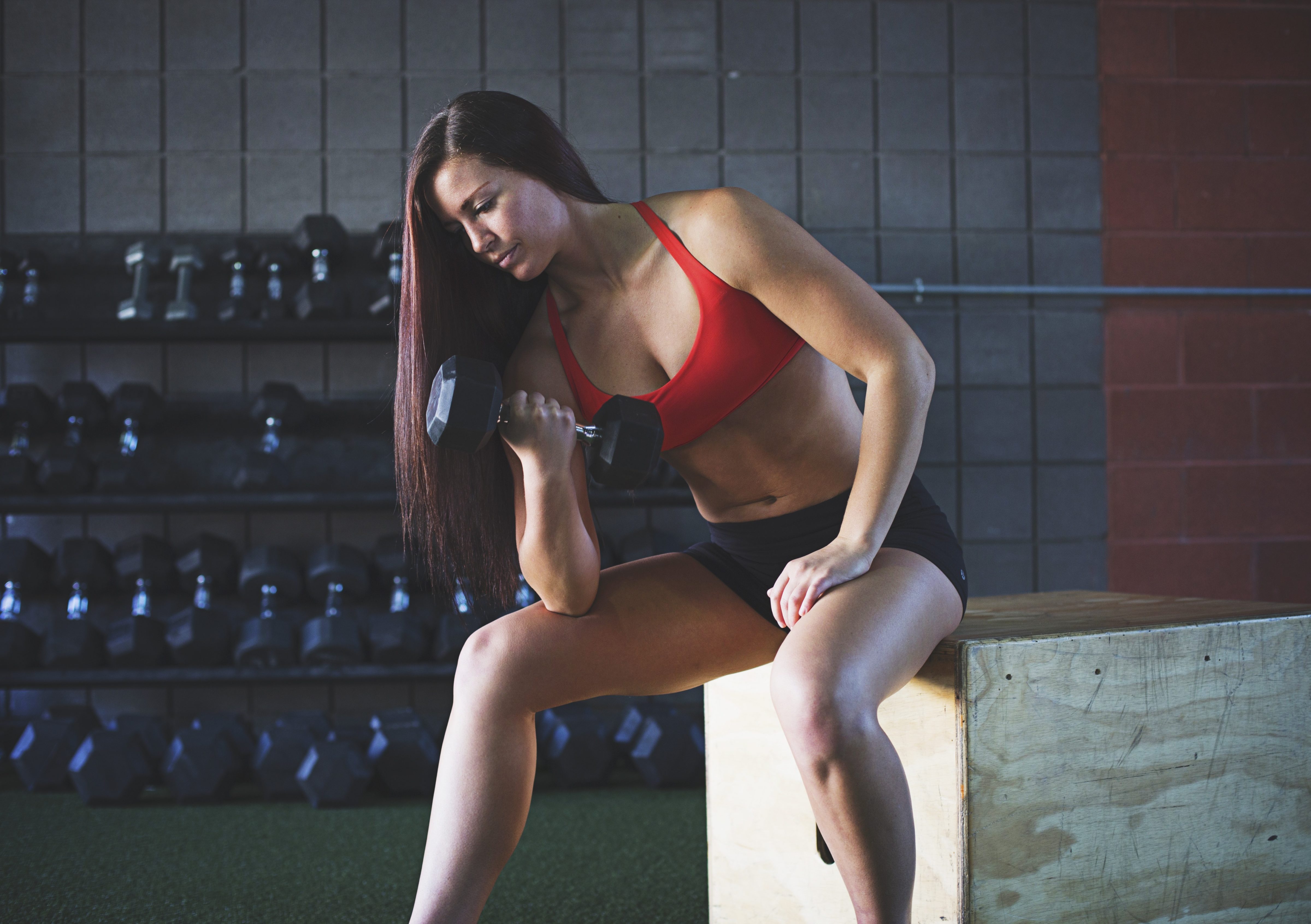 Beta-alanine has been shown to help boost endurance and fight off exhaustion, both of which are keys to an impressive workout.

Research shows women who supplemented with beta-alanine for 28 days not only experienced less fatigue during training but also extended time to exhaustion.

Being able to push ourselves further during our workouts can make a world of a difference, whether it’s squeezing out those extra few reps during your bodyweight exercises, pedaling harder and longer on your bike ride or running that extra distance… you get the point!

The great thing about beta-alanine is that it boosts BOTH muscular aerobic and muscular anaerobic endurance.

In a study conducted by “Medicine and Science in Sports and Exercise” the findings concluded that Adding a beta-alanine supplement to the mix will improve anaerobic threshold and time to exhaustion. They also reported that beta-alanine increases carnosine content which helps to improve performance during quick high-intensity workouts. So that you are able to push yourself a little harder a little longer.

Many studies that involve beta-alanine show the effect it it has on high-intensity exercises. But what about the effect it has on long-distance runners, cyclists, or triathletes? What does it do for them? A study was conducted on endurance cyclists to measure sprint performance at the end of a race. What was found was this: Compared to a placebo, taking beta-alanine actually enhanced sprint performance.

But guess what? Supplementing with beta-alanine has also been shown to improve lean muscle growth.

Say what?! That’s right. For those who exercise to sculpt their midsection, build lean muscles, and burn fat, beta-alanine can help.

Medical professionals indicate that beta-alanine supplementation can increase muscle size and lean mass, and it makes sense! The harder we work our muscles, the more we’re able to break them down so they can rebuild and come back stronger and bigger.

We’ve talked about how supplementing with beta-alanine increases carnosine concentrations. Well this increase of carnosine will affect our strength, lean body mass, power and endurance gains. In a study conducted for women, researchers wanted to see the result that six-weeks high-intensity interval training had when training with and without beta-alanine.

As a result, researchers found that those that were supplementing with beta-alanine experienced a significant increase in lean body mass compared to HIIT alone.

Beta-alanine allows us to put in that extra effort for even better results.

Beta-alanine is celebrated in the fitness world because of the fact that it helps to formulate carnosine, which plays a huge role in exercise performance, however there is more to carnosine than just that.

Carnosine is an anti-aging compound. It is an antioxidant that prevents glycation and extends the life of individual cells. But as we age, our carnosine levels decline. Over time our bodies produce less and less carnosine and the carnosine we have will become more vulnerable to destruction. It is shown that “carnosine deficiency” may be responsible for some of the visible aging that happens as we age. So by supplementing with beta-alanine can potentially extend life spans.

Carnosine can also help protect against cardiovascular disease. Studies show that when carnosine is administered before or after a stroke is induced, it results in marked reduction in the size of the stroke area in the brain, and a reduction in oxidant damage to brain cells.

So the take away? Supplementing with Beta-alanine is a good thing to do! Not only to increase your performance in the gym but for the health benefits as well!

You know when you take a pre-workout and start to feel all tingly? It’s like a pins-and-needles feeling in your face, chest, abdomen and extremities? That is the beta-alanine at work. This sensation is called paresthesia, and ultimately, it is harmless.

What happens is that when you take beta-alanine, it will attach to nerves, which activates them and making them fire. Most of these nerves are subcutaneous, which is what causes this tingling sensation. And generally will only last a few minutes.

Let’s Wrap It Up For building a lean physique and improving strength, there’s no way around consistent training and healthy eating.

That said, smart supplementation can enhance your hard work in the gym and allow you to achieve even better results, and allow you to push yourself even harder then you could on your own. Cause from time to time we all need a little help right?

IdealLean Pre-Workout is a pre-workout supplement designed specifically with women’s needs in mind. It’s formulated with beta-alanine as well as several other carefully studied ingredients to help you work out more intensely, burn fat, and improve lean muscle.

If you’re wanting to rev up your training, or if you’ve hit some workout plateaus and feel like you aren’t making the progress you want, definitely check out IdealLean Pre-Workout. Your workouts will never be the same!

Get Hooked On Krill Oil: Why You Need It

Your Guide To The Best Preworkout Supplements For Women

Guide for Women: Make the Most of Your Fat Loss With IdealLean Burner

3 Isn’t Always a Crowd: Why Stacking Your Supplements Is a MUST

How’s Your Gym Etiquette? 10 Ways to be Polite at the Gym